Breaking News
Eric Hughes: A Cypherpunk’s Manifesto
This Volume Trend Suggests Bitcoin is About to See Massive Volatility
A Perfect Storm is Brewing for Bitcoin as Confluence of Bullish Factors Emerges
Meltem Demirors: “Bitcoin is not a F*cking Systemic Hedge If You Hold Your Bitcoin at a Financial Institution”
Skip to content
Spread the love 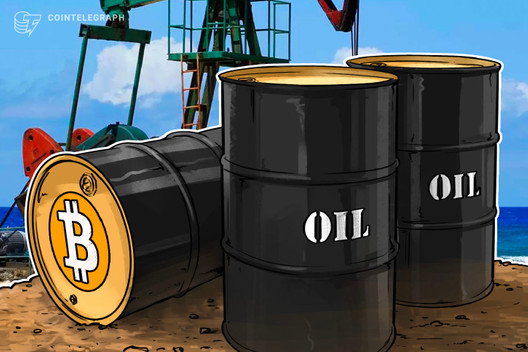 Venture capitalist Meltem Demirors explains how the oil market crash and the broader turmoil in financial markets are reshaping the Bitcoin narrative.

CoinShares’ chief strategy officer Meltem Demirors shared her view on how the latest crisis in the oil market will impact the ever-changing narratives around Bitcoin.

According to Demirors, the recent crash in oil prices is a watershed moment which will change forever the narratives in the investment world. As she points out, the COVID-19-induced crisis “has defied all our expectations on what normal is” which is why expecting to go back to the status quo is “preposterous.”

“We’re not just seeing a repricing of oil. We are seeing a thinking of the entire energy value chain.”

Following this event, Demirors argues that geopolitical interests will increasingly shift from access to energy to the access to “compute and connectivity.” She also discusses China’s efforts  “to win the digital race” as an example of this shift. Turmoil in traditional markets is also changing the concept of risk, which is likely to play in Bitcoin’s favour.

“With interest rates at zero, there are really no low-risk, stable, fixed income generating assets anymore”

Demirors also pointed out that there are still a number of existential threats to Bitcoin. Considering that most Bitcoin holders rely on financial institutions such as exchanges as custodials, their assets can still be frozen or seized by the government.

“There are a lot of people who are trying to sell this narrative around Bitcoin as a systemic hedge when in fact, they’re taking their bitcoin and they’re shoving it right back into the financial system, which effectively negates that sort of argument.”

To watch the full interview, check it out on our Youtube channel and don’t forget to subscribe!

Charlie Shrem: BitInstant Was the Netscape of Crypto