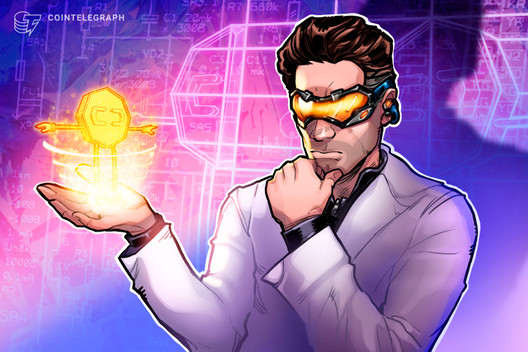 Giancarlo, who earned the “Crypto Dad” moniker for advocating a “do no harm” approach to blockchain regulation, is now setting up a think tank called the Digital Dollar Foundation to promote the idea of digitizing the U.S. dollar.

Giancarlo’s digital dollar is based on technology behind Bitcoin

According to a Jan. 16 report by The Wall Street Journal, the ex-CFTC chairman is establishing the non-profit foundation to study prospects for converting the dollar into a “fully electronic currency based on blockchain,” the underlying technology of Bitcoin (BTC).

As reported, the initiative will be promoting research and exploration of potential benefits presented by digitizing the U.S. dollar and is expected to launch later on Jan. 16.

Alleged e-krona partner Accenture is supporting the project and foundation

Both the new foundation and Giancarlo’s Digital Dollar Project are supported by global consulting giant Accenture PLC, the report notes. In December 2019, Sweden’s central bank revealed its plans to partner with Accenture for its own digital currency known as the e-krona.

Other founders of the the Digital Dollar Foundation include Daniel Gorfine, a former CFTC official who led the regulator’s fintech research, and Giancarlo’s brother Charles Giancarlo. Charles previously worked at international tech and IT firm Cisco Systems and private-equity firm Silver Lake Partners.

While the Giancarlos and Gorfine are providing the initial funding for the foundation, Accenture will focus on providing research as well as logistical support, company representatives reportedly said.

Cointelegraph reached out to Gorfine for comment on the initiative but had yet to receive a response as of press time. This article will be updated if new comments come in.

Giancarlo, who first proposed his digital dollar initiative in October 2019, emphasized that the U.S. risks losing its global economic leadership if it falls behind China, which is smoothly progressing with its digital yan project. In an interview with the WSJ, Giancarlo stressed that his foundation was a non-profit and targets advancing U.S. national interests. He said:

“Like with the physical infrastructure of this country, if you don’t modernize and keep up with the times, those strengths will begin to fray.”

As Giancarlo argued in October, the U.S. needs to create the digital dollar because traditional dollar could lose its status in the future due to countries rolling out digital currencies. He said at the time:

“Significant actors, including central banks and social media platforms, may launch new currencies in the next few years. As their networks grow, they could eventually erode the dollar’s status as the most popular currency for international exchange.”

In September 2019, Giancarlo joined the board of advisors of the Chamber of Digital Commerce’s digital-asset lobbying group.

Interview: Is the stock-to-flow model flawed?

PRESS RELEASE. The objective of IMCoin is to be the first Hybridcoin…